I’ve been trying to get assistance with the Smart Home on Wheels project and get it going. I am reaching out to sponsors, trying to find a computer manufacturer that will assist with this project in order to set something up so I can have you, the readers, purchase the same device I am using. That will make it so much easier for you, but so far I’m coming up short. I want this to be as simple and plug-and-play as possible, but I’m not sure how to do that. I do need a guinea pig for this as well, someone I can work with who can test out the systems I send out and let me know how it works for them.

First of all, I’m working on installing openHABian on a Raspberry Pi 3. That alone is complicated, since many of our readers aren’t comfortable putting a computer together on their own. I’ll probably end up building my own Raspberry Pis complete and assembled, and selling them to readers to plug into their own system. I can install openHABian on the microSD card and plug it in, then set it up in the most basic form and ship it out. That way no one has to do the actual construction themselves, but if they want to, they still can. I want to build a Pi setup and send it out to a reader, so if you are interested, comment below and we’ll figure out how to make it work. If I can make it as simple as possible, that will be best. 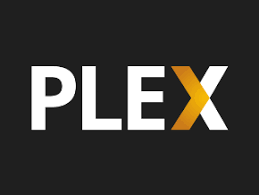 For the Plex Server, I’m still using a Lenovo Stick PC. It works, but its underpowered for what I need. I want something with USB 3, 4GB ram, and thats about it. I can manage with a Celeron or even Atom processor, but I need USB 3. An ethernet port would be good as well. If I can set that up, put everything together and send it off to a reader, I’ll do that as well. That way you can set it up in your system as well and let me know how everything works.

I a still leaning towards a Stick PC as they are tiny, use very little power, and can be stashed anywhere. I have found one with 4GB ram and ethernet, so I may just go with that. It’ll run Windows 10, which is fine, and just have Plex Media Server on it. So if anyone wants to be my guinea pig in this, let me know as well.

If I can’t get a sponsor for this part of the project, I’ll just get something I can afford myself. I found the system I want, so I’ll get that and work with it. I need support though for this. Since we are remote and mobile, I’ll work with someone through email and postal and set up everything for them, ship it out, let you test it, and hopefully it works. I’ll put together a shopping list of items that you can purchase from Amazon.