Skip to content
You are here
Home > Buying > Transitioning Off the Road?

We’ve been living in our RV for eight months now. Nothing has gone well and now we are considering transitioning off the road. But how do we do that and why? Several factors come into play, our ability to afford and sustain this lifestyle, our quality of life, our ability to see doctors, and how much we are enjoying it. Not everything has fallen into place as I would have hoped, but I’m not sure I’m ready to give up quite yet. I want to transition to a more stable lifestyle, but so far, I’m not sure how to do it.

We bought our RV for about $4000 a year ago. Since then, we’ve bought new tires, rebuilt the transmission, got a tuneup and oil system repaired, and now we need to get exhaust work done and possibly replace the fuel pump. None of this is cheap. If not for my dad loaning me money to fix most of this, I don’t know where we’d be. We’ve also had to borrow money for gas and food and are in debt to our parents by far more than I am comfortable with. I don’t see this as getting any better either.

We’ve had some old debts come back to bite us in the ass as well. All of this is done through my disability income. I haven’t talked about that much before, but I’m going to now.

A little over eleven years ago, I was hospitalized for the first time for a mental illness. It came on the heels of a divorce, working a very stressful job, and appendicitis that almost killed me. I lost control of what had been background noise in my head for years and finally could not handle it anymore. I spent about a week in the hospital, was put on medications, and diagnosed with Depression with Psychotic Features. I had been hearing and seeing things for awhile, but most of the time I was still in control. The day I finally broke down though, it was because it had become too much for me to handle and I could no longer do it alone. 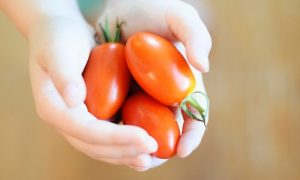 From 2007 to 2012, I was hospitalized a total of four times. I remember the first time vividly, the last three not so much. Before I went in the last time, I had an appointment with my psychiatrist and told him something that had happened at work. He told me I was done working there, I should file for disability, and if I didn’t check myself into the hospital as soon as I left his office, he would have be involuntarily sent there. I got a ride to the hospital, and that was the last day I worked there.

I filed for disability as soon as I got out and was approved in two months. I had heard stories of people having to wait for years to be approved, so it just goes to show how severe my situation is. My diagnosis had at some point changed to schizophrenia, but also with depression, anxiety, and OCD features.

Since then, I’ve changed meds about every six months as they seem to lose their effectiveness after awhile. I gained about 80 pounds and hated that I could no longer handle my own life. I lived with my brother for a bit, then with Tiffany, then moved to Wisconsin and stayed with my dad. Tiffany missed me so much that she convinced me to move back to Florida and we would get married, which is exactly what I did. We stayed there until the end of her lease and then decided together that we both needed change and moved to Wisconsin yet again. We were there for over two years before we moved into the RV and then headed out on our travels.

During our time in Wisconsin, I was seeing the same psychiatrist the whole time. Because of my tendency to get manic at times and run with an idea for awhile, as well as my constant state of barely any emotion, she changed my diagnosis to schizoaffective bipolar type. I’ve been on the same medications for over a year now, but I also just found out my doctor is leaving her practice so I’ll have to see someone else at the same office. I’m not sure how that will work out.

So whats the point?

Now we are in Alabama, waiting for repairs to be done on the RV. We will have to spend more money to get it fixed and I’m beyond frustrated. I know Tiffany is as well, she doesn’t want to just go to a campground and sit there for a month as we have been doing. She wants to get out and do things, she wants to travel, and so do I. But the costs of that travel are becoming insurmountable. I cannot just keep borrowing money and throwing it away on this RV. I feel like I made a mistake in buying it, and now I don’t know how to get out from under it. Its like so much has gone wrong so fast, that to transition back to a stationary life seems impossible. We have no one we can stay with, we have no vehicle other than the RV, and if we were able to sell it, I’m not sure we’d even get back all we’ve put into it.

So that brings me back to the beginning: Settling down. Years ago, I had dreams of living in a remote area, growing my own food, raising chickens for eggs and meat, maybe some other animals as well, and living in harmony with the land. I’ve come back to that idea now. I’ve been researching land to buy and ways to build a house where we could to most of the work ourselves. Its difficult, but not impossible.

I feel like I need to be somewhere I can see a doctor regularly as the stress of this situation has been unbearable at times. I need somewhere that I don’t have to worry about neighbors and can just live and survive and try to be more stable. I’ve issues where I’ve lost my temper for no reason, my attitude with this whole situation has gone sour.

So how do we transition?

If we can somehow buy land in northern Wisconsin, we’ll be able to place a concrete slab for the RV and stay in it while we build a house. I have done a lot of research in the past and will be doing a lot more, but I really think I like cordwood buildings. They look to be fairly easy to build and if we can get land in northern Wisconsin, the trees there that we could fell would be perfect for building a cordwood house. It wouldn’t have to be very large since we don’t live in a large space now, but we could also make it expandable so we could add a greenhouse, a sun room, a sauna or whatever wanted over time. We would have to pay someone to pour the foundation and do the electrical work, but that’s about it. We could easily make it self-sufficient with solar power, a well for water, and compost almost everything we can for either the garden or just plants not used for foodstuffs.

This would also fit well with Tiffany’s blog Sweet Honeybee Health, as natural living is part of her goal and we could learn to live off what we can grow and buy as little as possible. If she could grow her own herbs, make her own infusions and oils, and even sell them online, I think she’d be happy. If we were also raising bees and other animals, it would increase her breadth of knowledge and topics she could post about, making the whole enterprise grow.

I’m not sure how to go about this. I wish there was some way for people with disabilities to get a land loan, but I can’t seem to find anything that does that yet. I want to build the house by ourselves, so all we need is some money for land to make it happen. We can learn what we need to make it happen, but the major hurdle is getting the funding in place to actually purchase the land and do some upgrades to be able to live on it. It wouldn’t be impossible to stay there during the winter months, but it would claustrophobic and dreary. If we could get over that one hurdle, we could make it work.

I’m not sure how to save enough money for land when we keep spending money to fix our RV. We live within our means, but our means are very meager. I’d looked into things like GoFundMe, but I really doubt we can earn money to get enough for even a down payment, assuming we could get a loan anyway. We try to save money as we can, but we have very little to work on.

I hope sweat equity is worth it, because that is about all we have. I want to make this happen, but I don’t know how. Any suggestions are appreciated.

3 thoughts on “Transitioning Off the Road?”

Take Care of Your Eyes: Guidelines in Choosing the Right Sunglasses