I don’t get into politics here and for good reason, its not something we want to discuss. However, it frequently comes up in conversation, especially on Facebook, so I’d like to explain and reiterate what the CEO of Camping World said about Trump and how it has affected the business, the customers, and people on both sides of the fence.

First off, here’s the quote from Marcus Lemonis, CEO of Camping World:

There’s no doubt that there is probably not many consumers in this country today that are in favor of what has been said in the last couple days and if they are, quite frankly, don’t shop at my business.

What was he referring to? It was said a few days after the incident in Charlottesville, Virginia when a white supremacist drove a car through a crowd of people and killed one woman. It was in response to a statement by Trump where he said:

You had many people in that group other than neo-Nazis and white nationalists, the press has treated them absolutely unfairly. You also had some very fine people on both sides. 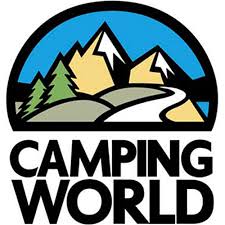 Unfortunately in the world of Facebook, memes and half-truths get thrown around as gospel and believed with no basis in fact or a heavily modified truth.

Do I shop at Camping World? Honestly, no. We’ve been to one in Wisconsin once and never seen a reason to go back. We went in to look at RVs and were shown a couple, but the salesman pushed so hard for us to fill out a credit application right there and walk out with an RV that day that we just walked out and never went back. We had nowhere to park an RV, couldn’t afford one at the moment anyway, but his insistence that we buy one right away was a complete turnoff. I’ve occasionally looked at their website to see what they have and check their prices, but unless they are the only place that has a product in stock, I’m most likely not going to purchase anything from them.

However, I’m basing my opinion and spending my dollars based on actual, personal experience and not on what I heard from someone who said something that was misquoted and modified and not at all the truth of what happened. The fact is, Marcus Lemonis took personal offense to Trump calling neo-Nazis and white supremacists “very fine people.” He never said Republicans and Trump supporters were bad people, never said they shouldn’t shop at his store, he simply said that if a person is okay with calling neo-Nazis “very fine people,” then he doesn’t want them in Camping World stores.

If you don’t want to shop at Camping World, then choose a proper reason to not shop there. Some of there stores have good service and qualified employees. Others are absolute trash with over-the-top, pushy salespeople, horrible customer service, and high prices compared to places like Walmart or Amazon. I’ve never gone to them for service but heard that they are focused on the sale and pretty much ignore customers when they come back for repairs that should have never left the lot.

Those are reasons to not shop at Camping World.

If instead you choose not to shop there because the CEO said Trump supporters shouldn’t come to his stores, well then, you are doing it all wrong. You are basing your decision on false information being spread by others who choose not to check up on their information. Camping World has its issues, but this narrative is an incorrect one that keeps getting spread and really needs to stop.

Also, if you think neo-Nazis are “very fine people,” I’ll go on the record and say I don’t want you reading my blog either. Trump supporters? Sure. Republicans? Sure. Neo-Nazis? You can leave now and never come back, I won’t miss you.