Skip to content
You are here
Home > Smart Home on Wheels > Hotspots, Wifi, and Cellular Data

There seems to be some confusion out there about internet access on the road, specifically the difference between hotspots, wifi, and cellular data. They are all connected to each other, but do different things. I’ll try to walk you through the difference, similarities, and explain how they all work together.

First, almost all full time RVers need an internet connection of some sort. Most campgrounds have some sort of wifi, but it can be bad and laggy at best. For that reason, a lot of people turn to hotspots to get internet while traveling and at their destination. So what is the difference between hotspots, wifi, and cellular data?

To get there, we have a few technologies that interact with each other to get the signal out. That is where hotspots, wifi, and cellular data come in.

Now, as most of us travel much of the time, we use a wireless internet access source. Most people have smartphones, either iPhones or Android, and they allow us to get our email, view Facebook or YouTube, as well as text and call people. When using internet on a smartphone, it sends out a signal to the closest compatible cell tower, which is then hardwired into the internet. The signal goes from the phone to the tower to the internet, in that order. This is cellular data. It happens wirelessly, and usually effortlessly. The major carriers have come out with unlimited plans in the past few years, so we don’t usually even worry about how much data we are using. It just works. 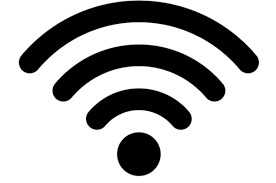 A hotspot is basically a device that uses the same cellular data connection on its own, but doesn’t allow phone calls. All it does is transfer data. It uses cell data, but all it does is connect the local devices to the distant internet. There are several brands and many providers do have unlimited data, but often times they slow it down if too much data is used each month or the tower is being overloaded. This can happen in busy areas like large cities or even sometimes just because you used too much data for their liking. Some examples of hotspots are the ZTE Mobley, Jetpack, or MiFi. There are others, but they do basically the same thing. Some have ports so you can connect other devices directly to it, but most rely on wifi for forwarding data.

Most smartphones also have the ability to tether devices, so the phone acts as a hotspot. Some providers limit the amount of data or the speed of connection, but it operates the same as a dedicated hotspot.

Now then, we come to wifi. Where cellular data is longer range, wifi is short range. It can be boosted with antennas, but is still relatively close range. Wifi data then is what you use inside your RV. If you have a laptop in your RV, you then connect it to the wifi from the hotspot, which is then connected to the internet outside. You have essentially made your own little intranet as all your devices on the same wifi network should be able to see each other.

There are some issues with using a hotspot. For starters, some hotspots are limited with how many devices they can have connected to them. The ZTE Mobley, for example, only allows 5 devices to connect at a time. For most users, this is not a problem. If you have several people in your RV all connected to the internet on different devices, it can easily be more than 5 devices and no more will be allowed on. There are ways to get around that, but I’ll leave that for another article. We are working on doing something about our connection anyway and will have more info about that in the future.

Campground wifi is horrible in almost every instance. Campground wifi works by having its own dedicated, hardwired connection to the internet, and then you can connect (often for a fee) to their wifi and out to the internet through a cable modem. If you connect to campground wifi, you open yourself up. Everyone on the network can usually see every other device connected to it. This can open you up to malicious attacks because you don’t know who else in the campground can see your device.

Campgrounds also usually ban streaming. Streaming video uses a lot of data and bandwidth, so if everyone is streaming in their RV, the speed for all users is drastically slowed down. If the campground is full and has hundreds of devices connected to their wifi, you won’t be able to even check your email unless its 4am and everyone else is asleep.

If the campground handles their wifi properly, they can also see who is using all the data and what type of data they are using. If video streaming is banned and they see your computer on their wifi network streaming, they can easily block your computer from connecting at all. Word to the wise: If you are using campground wifi and streaming is banned, then don’t stream. Its as simple as that. 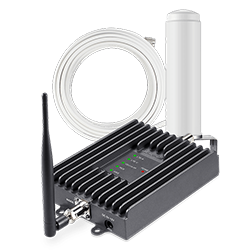 Finally, there are cell boosters. A cell booster has two antennas, one internal and one external. The external antenna connects to the cell tower, sends the signal along a cable to the booster, which amplifies the signal and then sends out a boosted cell signal in the RV. Most cell boosters have an internal range of 4 feet or so, so if you have a hotspot and need it boosted, put it right next the booster inside the RV. I did a review of the SureCall Fusion2Go 2.0 RV and it was very easy to setup.

To sum up, this is how your computer gets to the internet: Computer connects to wifi hotspot(or smartphone). Hotspot connects to cell tower. Cell tower connects to internet. That’s really all there is to it!