As many of you know, I am a lifelong tabletop RPG gamer. I’m as big a nerd as they come. I used to have a large library of books which I sold when we moved into the RV and replaced with PDFs. I still have all of my dice that I’ve collected over decades of playing. I even have my original dice from the old Red Box D&D. They are a pale blue and the numbers had to be colored in with a crayon. I thought I lost them for awhile, but nope, found the dice bag that held them. So what about gaming on the road? How do I manage to get my geek on and roll some dice? Well, its a little complicated and depressing for now, but hopefully things will change in the future.

For now, I don’t play anything. In fact, I haven’t played anything in over a year. There are remote play options available, but that requires a good internet connection and a dedicated time slot to make it happen. We don’t always have either nor both, so playing in a chat is near impossible. I had originally bought some miniatures for wargaming (specifically Warmachine and Hordes) and I also have some Warhammer 40K minis I bought before the latest revision came out. I have played Warmachine a total of one time. Awhile ago I bought a new mini and have done literally nothing with it other than pull it out of the box and look at it. Its not assembled, its certainly not painted, so its just plastic in a box. 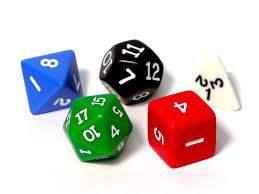 My intention was to buy the basics for the game and play it on the road. I dreamt of going to small local gaming stores while one the road and playing a few matches with strangers, then moving on. That did not work out. We have a 33 foot RV and no tow vehicle, so I would have to take the whole RV to a game store, assuming there was one locally, and that means Tiffany and the cats would have to come too. What is she going to do for the three or four hours while I play? Did not think that through.

Miniature wargames are off the table

But then, minis were never really my thing. I’m a tabletop RPG geek. I like the stories, the interaction, the chance when rolling the dice. Wargames seem too much like chess and I prefer the building and storytelling inherent in roleplaying games. Can I play at campgrounds? Maybe, but I don’t know who I’d play with. I don’t think most of the people we interact with would want to play a one shot game they’d never heard of and most of them are at least 50 if not 80 years old. Not exactly the RPG type.

Then there are online forums

I could play online though. There is Discord and Roll20, both solid formats that I could use to play. I’d be most likely playing with strangers and it would require a good internet connection for video or good enough for voice-only. There are also play-by-post games that happen on forums, but with the emergence of Roll20, those seem to have faded into the background. There are some out there, but I’ve never been in one that lasted very long. Forum-based games have the added bonus of being able to write everything out and go into great depth, but they often times take a very long time to get anything done. Its easy to go back and reread past posts to see if you missed something or catch up when you fall behind. It doesn’t have quite the same impact as a voice conversation, but it does in a pinch.

The other problem with playing over voice-chat is that I don’t always know if we’ll have time for me to play or good enough internet where we’ll be at the same time every week. A forum has its sacrifices, but it also allows me to post at any time of day or night and can miss a day or two and not ruin the game.

I’ve played many games in my 30+ years of gaming. I still prefer the d20 System because its familiar, it works with what I want out of a game, and it has a lot of options. I’d be interested in playing Pathfinder, but then a lot of Pathfinder players are so into optimizing their character to do the most damage in combat that it becomes frustrating. I want to tell a story, not kill every on an average of 4.7 rounds. I don’t want to know my percentage of hitting a certain Armor Class or the average to maximum damage ratio. I want a story, I want something interesting. If I wanted to do lots of damage and just wade through bad guys, I’d play a video game.

So is Pathfinder out? Not necessarily. There can be good games out there if I can find them, I just have to be a little picky and not deal with the younger generation that seems to have lost the point of it being a game about telling stories and building worlds. 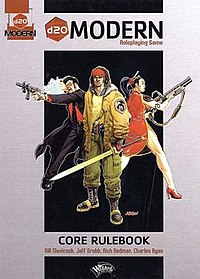 Then there is d20 Modern. If I were gaming d20 Modern, I’d be happy. I prefer the modern era for gaming anyway, especially near future and post-apocalypse. I like the melding of science fiction and fantasy and telling stories of what our world could be like if things happened a certain way or physics was just different. I could run my post-apocalypse game Xenomega and I love crafting the world. The building part is what I enjoy most, especially setting the stage, letting the players out into it and seeing what happens.

There is a strong possibility I’ll run a d20 Modern/Post-Apoc/Xenomega campaign. Its what I most want to do, but I’m not sure I have the energy to commit to it. I’m going to have to look into it though because I really want to run players through my world. I want them to step into it and be utterly confused and trying to figure out how and why the world ended up the way it did.

Pretty much convinced myself…

I really would love to run Xenomega. I’ve been building it for close to twenty years in one form or another and would love to make it happen. If I could handle the mechanical side of it, it would be great. I could get enough players onboard and let them work their way through the Xenomega-Chaos. Its a mess of a world, but its my world.

My last option is True20. Its an older system that is based off the d20 System, but it is greatly simplified. I started using it when I was trying to run Xenomega with some new friends about a year ago, but then the RV bug hit and I dropped it. Its still pretty simple though and the books are still out there, so I may have to try and put together my True20 System Reference Document and get some new players to do it. That would be the easiest way to make it happen. True20 does not have a large following and never did, but it still has the open-endedness of the d20 System and still has the expandability built in. 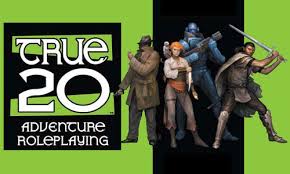 So there’s that. I could probably finish my True20 wiki, get some players and make it happen. I used to have a forum folder on warpossum.com, so if I go in there and see whats going on, maybe I can structure it to just be a place to play Xenomega.

I’ll have to do some research though and try and figure out a way I can best run a True20 or d20 Modern game in a forum. If I can get the forum set up, that’s the key part. The SRD I can work on, then there just remains the dice mechanic. I’m sure if I dig around the internet enough, I can find a forum plugin that makes random dice rolls. The bonus of True20 is that it only uses a single d20 for everything, so the random generator would be simple.

If anyone wants to play in my Xenomega campaign, let me know. I’m going to start working on the forums this weekend and try and find the best way to make it work. It will require work to get everything setup, but its doable. I just have to make it work and make it happen.