Skip to content
You are here
Home > Camping > The Only Rule That Matters: Don’t be a dick.

Bubba On The Road exists in several internet locations. We have this blog you are reading now, Facebook, Twitter, Pinterest, Instagram, and YouTube. We strive to be helpful to people we interact with, both online and in person. We have run into some people with attitudes and arrogance, but in the end, we survive and push forward with this simple philosophy:

How does that work? Its simple. Be kind to other people, don’t look down on people, don’t treat other people as less than you, don’t insult people, don’t bitch to people about their kids or dogs, don’t yell at people. I could go on, but it comes down to not being a dick.

Now, on Facebook there are lots of jerks. We are in several groups there, a few of them for so-called “newbies”. We still consider ourselves newbies as we’ve been doing this for only about six months and owned our RV for less than a year. On those groups, several questions come up fairly often and end the same way. The main questions are:

That is a short list, but they come up a lot. And the same answers come up a lot as well and it often turns into misinformation, advice to outright break the law, and political discussions.

I could take the time and turn these questions from newbies into my personal forum to preach my political beliefs or call someone an idiot for not understanding something basic (to a non-newbie), but why? Really, WHY? If someone asks about toilet paper, tell them what you know and what has worked for you. Here’s a tip: Use lots of water. That’s about it. 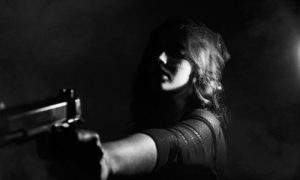 I could turn the gun discussion into a rant about the left wanting to steal our guns or the right being full of gun nuts. But why? In one discussion, I posted a comment that the gun discussion will turn into an argument with some people saying no one will steal their guns, some people saying they can save anyone with their guns, and some people saying that you don’t need a gun. What did I get in response? I was called a Rainbow Snowflake Vagina. I never once said my position on gun ownership. I never once insulted people. I simply said it would turn into an argument and politics would be brought up and for that, I was called a Rainbow Snowflake Vagina. And guess what? It turned into an argument just like I said it would. I had seen it so many times before that I knew what would happen and I was correct.

It is the same thing with dogs. I have had one person tell me their dog was a jerk and vicious. Everyone else swears their dog is the nicest dog ever and would never hurt another dog or a person. But you know what? Dogs attack other dogs and people all the time. Campgrounds have rules for what breeds they allow because some types of dogs are bred for strong jaws and fighting or hunting, while other dogs are bred to be small little toys. Is your dog vicious? Maybe not, but a campground is not going to let you in with your dog based solely on your word, because if that was the case, everyone would say their dog is harmless. Not every dog is harmless. Animals are animals and will do things you don’t expect. Its what they do. 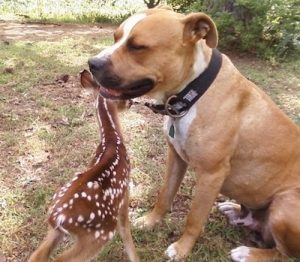 As with guns, the dog discussions devolve into people saying its the leftwing liberal nuts trying to keep good people and good dogs out of campgrounds and they don’t deserve their money. It becomes an insult contest and people become dicks. You want your pit bull or german shepherd with you when you go camping? Fine, camp somewhere that it is allowed. Don’t tell others to lie and say their pit bull is a “mixed breed”. Especially do not tell others to get a service animal so they can take their animal anywhere they want. And then don’t get all offended when people call you out and say that’s both illegal, immoral, and dangerous. Follow the rules and tell others to follow the rules and we will all be happy.

If you are really so petty that you need to argue with people online about whatever floats your boat on any given day, I suggest you get off the internet. You are what is wrong with Facebook. You are bringing it down, and you are making people afraid to ask honest questions. You are being a dick. If you can’t post something constructive and helpful, don’t post anything at all. It is much easier to scroll past and ignore something than it is to waste your time posting insulting or demeaning comments.

So that is the rule we live by. Its simple really. There is no need to be mean-spirited or hateful. There is no reason to be insulting or condescending. Some people really don’t know things that may seem obvious to you. Just because it seems commonsense in your head does not mean it is commonsense. Your life experiences are not the same as everyone else’s. Some people grew up around pit bulls and guns, some people grew up going camping every weekend with their family. Not everyone did though, so by assuming that someone else doesn’t know the things you know and are therefor idiots and asking stupid questions, you are being a dick.

With that said, be helpful and kind. The day will come when you need help from strangers, do you want that help or do you want to be treated like a moron?