I know its a Wisconsin thing: Milk in a bag. Like 7-Elevens in the rest of the country, Kwik Trips are all over the place in the midwest, especially Wisconsin. And since Wisconsin is the dairy state, they have fresh dairy products every day. As we travel, we’ve found other items at stores that just do not exist all over the country and we’ve tapped a very small portion of the continental US.

So what is so great about Kwik Trip? First, they are everywhere, literally everywhere. The small town I grew up in had a population of around 7,000 people and there were two Kwik Trips, one at each end of town along the main highway that goes through. They have grocery items in addition to the standard gas station food, and of course fuel. The parking lots are usually large and open to larger RVs, and usually the staff is friendly.

They have fresh coffee too. I drink coffee occasionally, but Tiffany has to have hers every morning. Whenever we go into a Kwik Trip, someone is making a fresh pot. We have yet to have old coffee while there and they have a large selection of specialty brews as well. They also have a variety of creamers, sweeteners, and syrups. And its pretty cheap, especially compared to going to Starbucks.

Then there’s the dairy section. If you are not from Wisconsin, there’s a good chance you have no idea what cheese curds are. Basically, its baby cheese. Its the form cheese takes as its being made before its been aged and pressed into a compact rectangle for selling blocks of cheese. At Kwik Trip, its brought in daily so you know its fresh. When you bite into it, it squeaks on your teeth. The fresher it is, the more pronounced the squeak.

Then of course is the milk in a bag. This is brought in daily as well. Its a half-gallon, so not as much as you might buy normally, but its still enough for a few days. It comes in a bag though, not a plastic jug. They have pitchers stacked right next to the milk too, and they are free to take, so grab one as well. 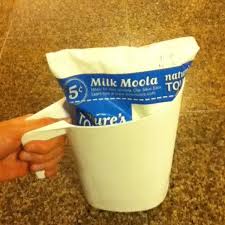 The milk comes in the standard varieties, Whole, Skim, and 1% (or whatever the terms are now), as well as chocolate and orange juice. When you get home, drop the bag in the pitcher and cut off the corner and you have a convenient spout. Do not pour the milk in the pitcher though, just drop in the bag.

Kwik Trip also has a decent selection of cheap vegetables and fruit as well. Potatoes, onions, apples and oranges, along with some others. In Wisconsin, you don’t have to worry about running into a grocery store for 30 minutes to find what you need when its something Kwik Trip has. They also have some meat like ground hamburger, deli cuts, bacon and sausage. Of course, they have salads and sandwiches premade as well if you are in a rush and want to grab something fast.

Beyond that, its a standard gas station with Slim Jims, soda, beer, ice, and toiletries. The ATMs are free as well.

So there you go, from a Wisconsin native to you, the benefits of Kwik Trip.