I used to be a web developer before I was on disability. Well, years before. My last job was actually as a delivery driver for a pizza place. I haven’t professionally worked as a web developer since the early 2000’s, though I have done the occasional web site for a friend or family member, as well as updating the sites here like Bubba On The Road and Sweet Honeybee Health. I also of course maintain my gaming site, War Possum and I maintain a site for a comic book artist friend of mine, The Art of Seth Damoose. (I’m currently working on a redesign of that, but I need to get more art from him. Such is the busy life of maintaining a family, a full time job, and a job as an illustrator.) I’ve done a couple of other sites which can be found at my portfolio site, ebaierl.com.

I want to make more web sites and I think I can handle one a month, but writing code and selling myself while traveling is proving to be difficult. I’ve never been a salesman, I’ve never wanted to be one. I wish I could get someone to sell my work for me, but that would be less money for me, even though it would mean more money if I had more work. I want to do something, but a combination of my disability, my personality, and the difficulties with technology on the road are holding me back. If I can reduce those problems, I might be able to take on a site or a two a month.

Right now, I use Adobe products to do all of my work. It is far overkill. I have a MacBook Pro with an i7 and 16GB RAM, which is also far overkill. I don’t play games on my laptop, I don’t watch videos often, and I don’t need all this power. I read web sites, I write in Microsoft Word, and I occasionally code in Dreamweaver. I don’t need a development server because I don’t really write any backend code. Almost everything I do code is HTML and CSS through WordPress or Bootstrap. I do occasionally edit photos, but even that is minimal. I don’t do extensive editing even, its usually adjusting size or adding text to a photo. All of this can be done with something less powerful and, more importantly, less expensive.

And thus comes the Chromebooks…

I had a Chromebook once, about four years ago. It was a Samsung model, small and light, and did everything I needed. In the years since, they’ve gotten more robust, more powerful, more stable, and a little more expensive. In the past year alone, they’ve added the ability to use Android apps from the Google Play store as well.

However there has been a divide in the ranks of Chromebooks as they are either more expensive, powerful and built for professionals, or cheaper, less powerful and built for students. They can be $200 or $450 with rarely any in between those two price points. I’ve been searching and reading reviews of various Chromebooks and I’m leaning back towards getting one to fill my needs. 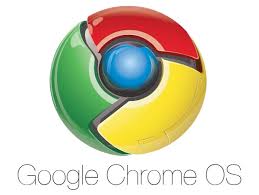 There are a few requirements I have for a laptop, most of which can be fulfilled with a Chromebook.

With all that said, a Chromebook might be in my future, if I can figure out a way to afford one. Like I said, I have a 15″ MacBook Pro that is in excellent condition. Tiffany has a 13″ MacBook Air that is having battery issues. If I can somehow find a way to replace those with a newer, working MacBook Air and a Chromebook, I think it would be in our best interest. I’m not sure the value of my MacBook Pro, but I could probably get a good amount for it, buy a replacement and better MacBook Air for Tiffany, and buy myself a decent Chromebook and maybe even still have some money left over. I’ll have to figure out if this is all possible and if its worth it.

Decisions need to be made, if anyone has worked with Chromebooks before, I’d appreciate the input.