You may have never heard of them if you are not a computer geek or tinkerer like myself. The Raspberry Pi is a small single board computer that was originally developed for children to learn programming and computer skills easily. They cost around $35 for the board and only need a few more components to get one up and running. The operating system is completely free and easy to setup.
As a bonus, they can be used to a lot of different things that would cost a lot more if done on a Windows or Apple computer. This is a list of ten of those things, as well as links to articles detailing how others have made it work.
One of the key and often used skills for a Pi, especially those listed below, is how to mount a hard drive. Follow these instructions to get it to mount properly every time the Pi boots. It can be one of the first things you do, before adding any other software.
Also remember that if you get a portable hard drive, the Pi alone will not be likely powerful enough to provide power over USB. In that case, I’ve used a USB Hard Drive Y-Splitter with the data plug going to the Pi and the power going to its own USB power supply. 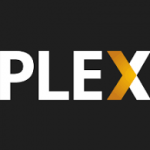 Plex Media Server has been around for several years and grown to replace things like iTunes. While it has no ability to rent or purchase media through Plex itself, it does have the functionality to play a lot of different types. A PiPlex will not be a powerhouse of a media server, but we used one for well over a year without too much issue.
To build one, you need a Raspberry Pi (preferably 3B+), a microSD card (32GB is plenty), a case, a power supply, and a hard drive (the more terabytes the better).
On your TV, you will also need some way to play the files. Roku and the newer Apple TVs already support Plex with apps, as do some Smart TVs. I’m not sure if it is possible with Fire Sticks at this point. There is also an app for Android, iOS, Windows and macOS so you can watch from those devices as well.
Plex does have a subscription service, so you can pay for it if you want to stream to other people, but if you are just using it in your own RV, that is not necessary.
You will also have to get your own media to fill up the hard drive. I do not recommend downloading anything of the internet, especially without a VPN. Having a VPN to protect you on the various wifi networks you may encounter while traveling is a good idea anyway, regardless of whether you are doing things legally or not.
Setting up Plex Media Server on a Raspberry Pi

RetroPie is a great little operating system using Emulation Station to play older video games. It can play almost any video game from Atari up to and including Playstation One. Nintendo64 can sometimes work, but most often not. Things like NES, SNES, Genesis/Megadrive work great though.
To build one, you need a Raspberry Pi (preferably 3B+), a microSD card (128GB should last awhile), a case (there are some that even look like old video game systems), a power supply, and at least one controller.
RetroPie is completely free, but getting the ROMs to play games is a bit of a grey area. Sure, they can be found on the internet with a little searching, but you are legally not allowed to own a ROM unless you have purchased the game. Where you get your ROMs is up to you.
Installing RetroPie 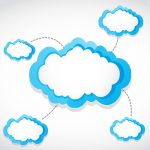 If you are like me and use OneDrive to store lots of files, then having them also on a local machine is beneficial. That way, the files are right in case you do not have internet access and if you need one right away, it is a lot faster to download it from your own network rather than wait for it to download from somewhere online.
That brings us to rclone on Raspbian. It is a nice little service that can take a hard drive connected to a Pi and copy it to OneDrive, Google Drive, Dropbox, and a bunch of other services either when you want or at a set time.
After installing Raspbian and letting the Pi do its first boot, just install rclone and run the config and you can have it backing up a hard drive pretty quickly. It will take time to do the first backup if the files are not already in the cloud, but subsequent backups should be faster.
To build one, you need a Raspberry Pi (preferably 3B+), a microSD card (16GB is fine), a case, a power supply, and a hard drive big enough for your files.
Setting up rclone on a Raspberry Pi 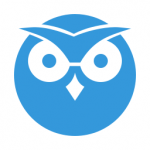 With the use of the camera port and the introduction of the Raspberry Pi Zero W, it is easy to set up a wifi network of cameras and be able to view them as well as have them save video when motion occurs or take photos at regular intervals. By using a Pi 3B+ as the hub with a connected hard drive and Zero Ws as the cameras, you can have everything stored in one place and place the small Pi Zeros anywhere you want. They just need power and be in wifi range.
To build this, you need a Raspberry Pi (preferably 3B+), as many Pi Zero Ws as you want cameras, a camera for each Zero, a microSD card for each Pi, a case for the 3B+, cases for the Zeros, power supplies for each, and a hard drive to store videos on. (And I couldn’t find Zero Ws and cases separate, so here’s all of them in one bundle!)
Installing a MotionEye Raspberry Pi network 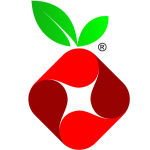 Do you get sick of ads on websites? PiHole to the rescue! By having a Pi running Pi-hole work in between your devices and the outside internet, it can prevent you from ever seeing an ad again. This can also be done on a Pi Zero W, but since wifi is slower than ethernet, I recommend setting it up on a Pi with ethernet instead.
I have not gotten to this project yet, but it is on the list.
To build one, you need a Raspberry Pi (preferably 3B+), a microSD card (16GB is plenty), a case, and a power supply.
Pi-hole Installation and Help 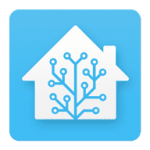 One of our big projects in the RV, and which I am still very much in the developing phase, is the Smart Home on Wheels. Eventually I want to have everything in the RV controlled or monitored through our phones, tablets, or computers. I’d also like to be able to set up timers for everything so certain things turn on or off at specific times.
Home Assistant, and now Hass.io, can do all this. It has the ability to interface with many different smart home products and bring them all under one service. Instead of having Google Home for some things, Alexa for others, HomeKit from Apple for even more, you can control (almost!) all of it through Hass.io.
Since it is built for the Pi3, it should run well and without issues and there a good community of people who can help out if you have problems. When purchasing new smart devices, check with hass.io to make sure it is supported.
To build one, you need a Raspberry Pi (preferably 3B+), a microSD card, a case, a power supply, and whatever smart devices you want to add.
Home Assistant/Hass.io

With these projects, you can build a network of Pis to monitor your RV, give the kids something to do on rainy days, and keep all your files securely backup in the event something goes wrong.

If you have other ideas for how to use a Pi in an RV, comment below!